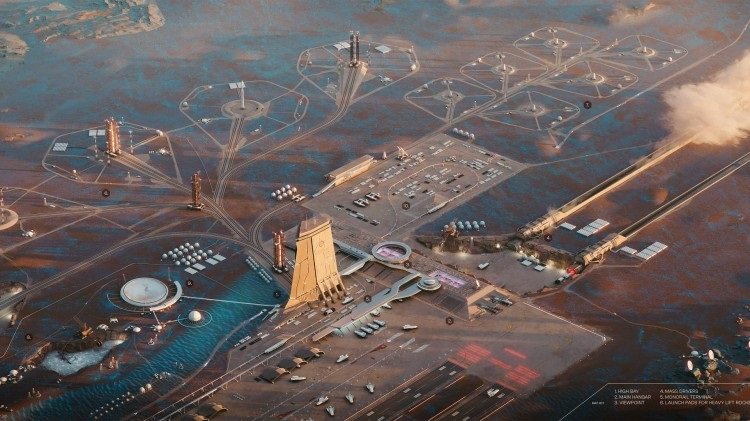 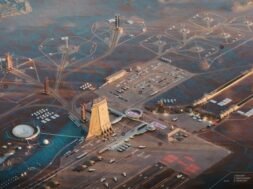 Following on from their first metaverse rocket launch in November, Everdome’s futuristic metaverse project announces a new stage of their hyper-realistic adventure.

Everdome’s Jezero Spaceport is the next step in the creation of an immersive space travel adventure which includes an exclusive Martian civilization experience. Dedicated members of the Everdome community and partners including OKX, Pierre Gasly and Alfa Romeo F1 Team ORLEN will venture off to the frontiers of digital exploration.

While Everdome Jezero Spaceport is a metaverse original location, the Jezero crater itself is an authentic part of the Martian landscape. What’s more, it’s been chosen by NASA and other space agencies for current space exploration missions.

Originally, the site was built on an ice mine that was later moved a few kilometres south to the crater’s lowest elevation point. This allows for easier access to the biggest water ice deposits and so the site was chosen specifically on the basis that water ice is one of the most important resources both for inhabitants (water, oxygen) and for travel in the form of liquid hydrogen/liquid oxygen rockets (fuel).

Representing the hub for all cargo and passengers transiting to and from Everdome City, the near-future city being created at the delta deposits of the Neretva Valley, Jezero Crater, Mars, the Jezero spaceport is the terminus destination for Everdome’s metaverse space experience travellers.

These pioneers, or Evernauts as Everdome terms them, will land at the spaceport after an epic VR journey all the way from their Hatta spaceport on Earth on the interplanetary Everdome Cycler, via the reusable EVR Phoenix rockets which were demonstrated during their maiden metaverse rocket launches in October 2022.

These include areas to manage the various spacecraft operating from the hub, including Jezero Tower, an enormous, partly pressurised vertical hanger used for rocket assembly and refurbishment, The Hanger, which is an eleven hundred metre long, contained, autonomous machine, Mass Drivers which are two massive electromagnetic catapults to handle most launches into low Mars orbit, as well as six Heavy-lift launch pads for rockets of varying lift capabilities used for cargo missions or deep space flights.

This enormous and detailed spaceport has been ideated by Everdome’s worldbuilding team in partnership with Leszek Orzechowski, PhD, Everdome’s space architect and Head of Science, who helps Everdome remain true to their commitment to scientifically based principles, while the hyper-realistic art concepts are created by their concept artist and art director Wojtek Fikus.

Coming hot on the heels of Everdome’s maiden rocket launch, this concept art release demonstrates the creation of an intrinsic part of the forthcoming Mars landing experience scheduled for release in the first half of 2023

The Jezero Spaceport will be part of an immersive VR experience including the Everdome Cycler in Mars orbit, the Mars landing experience, the Jezero monorail and arrival at Everdome City headquarters.