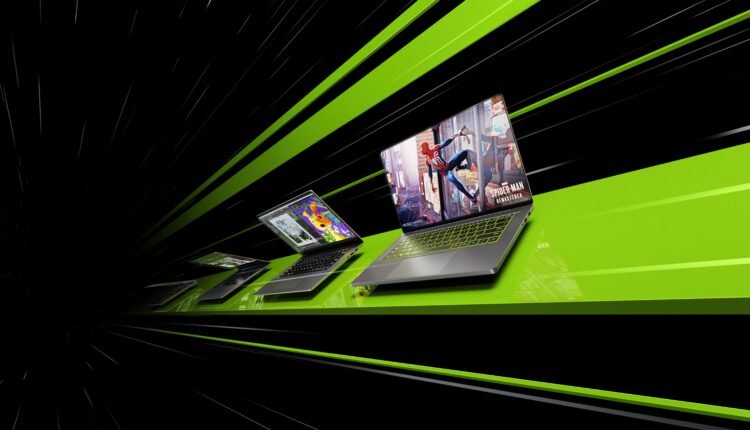 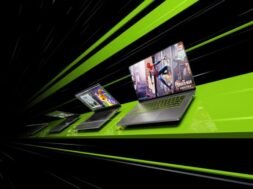 The new GeForce RTX 40 Series laptops are up to 3x more power efficient than the previous generation and bring the Ada architecture, NVIDIA DLSS 3 and fifth-generation Max-Q technologies to laptops for the first time. For gamers, RTX 40 Series laptops deliver up to 4x the performance in AAA games like full ray-traced Cyberpunk 2077 with new RT Overdrive Mode, and, for creators, they offer blazing-fast acceleration in top creative apps such as Blender.

“With the Ada architecture, we set out to transform the performance and power efficiency of gaming and creator laptops,” said Jeff Fisher, senior vice president of the GeForce business at NVIDIA. “The new RTX 40 Series delivers enthusiast-class performance in laptops as slim as 14 inches, a new milestone.”

RTX 4090 and RTX 4080: A New Class of Flagship Laptops
The Ada architecture has also enabled a new class of enthusiast laptops that are the world’s fastest. Gamers can play on three 4K monitors for surround gaming at 60 frames per second — enough to power a professional-grade driving simulator. Creators can use the NVIDIA Omniverse platform for photorealistic, 3D virtual world building at 4K with fully simulated physics, lighting and materials. Streamers can livestream games at 4K 60 fps with AV1 encoding to Discord, and Ada’s new dual encoders cut video export time in half. RTX 40 Series flagship laptops start at $1,999 and will be available beginning Feb. 8.

RTX 4070, 4060, 4050 Laptops: Faster Than Last-Generation Flagship at One-Third the Power
The new RTX 4070, 4060 and 4050 laptops are faster than the previous-generation flagship model, using as little as one-third the GPU power. They deliver 80 fps, 1440p ultra-gaming and transform creation processes like rendering scenes in Blender, which used to take two and a half hours, to just 10 minutes. RTX 4050 laptops start at $999 and will be available beginning Feb. 22.

14-Inch Laptops More Powerful Than Ever
Before the introduction of the Ada architecture, 95% of this fastest-growing laptop segment was limited to basic tasks and apps. Equipped with GeForce RTX 40 Series Laptop GPUs, 14-inch laptops can take on tasks that were previously impossible, such as ultra-fast 3D rendering in Blender and cutting-edge AI tools in popular apps like Adobe Photoshop or Premiere Pro.

Powered by RTX 40 Series Laptop GPUs, 14-inch laptops are also gaming powerhouses, up to twice as fast as a PlayStation 5 but one-sixth the size. Gamers can play graphically intense AAA games, like Cyberpunk 2077, with ray tracing and DLSS. Connecting the ultra-portable laptops to external monitors turns them into desktop-class gaming rigs or creator studios.

Laptops with GeForce RTX 40 Series Laptop GPUs take advantage of the NVIDIA Studio ecosystem with RTX and Max-Q technologies to offer the ideal combination of efficiency and performance. The improved efficiency accelerates even the most demanding workflows with up to 3x longer battery life.

GeForce RTX laptop users benefit from NVIDIA Studio accelerations in over 110 of the most popular creative apps — plus exclusive access to AI-powered apps like NVIDIA Omniverse, Canvas and Broadcast. 3D artists can collaborate with one another in Omniverse from anywhere in the world, while video editors can produce on location faster with AI tools and cut export times in half with dual encoders.