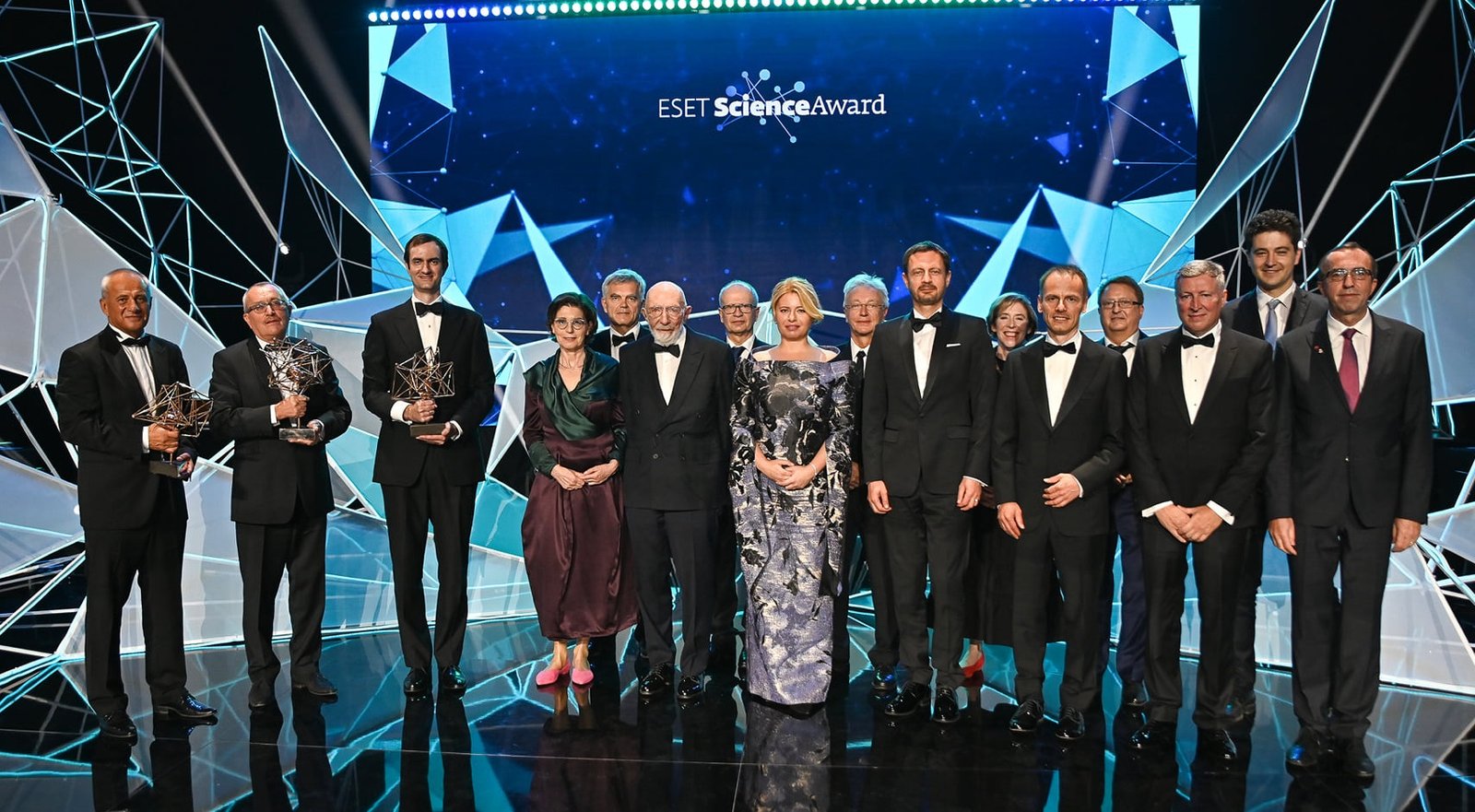 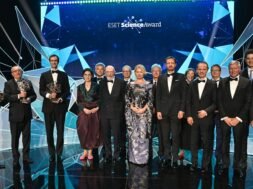 The international jury, chaired by Nobel Prize Laureate in Physics, Professor Kip Thorne, on Saturday, October 16 at a gala dinner award ceremony announced the laureates for the ESET Science Award 2021.

The material physicist, Ján Dusza, became the recipient of the Outstanding Individual Contributor to Slovak Science Award 2021. Ladislav Valkovič won the Outstanding Young Scientist in Slovakia under the age of 35 award, and Jozef Zajac received the award in the Outstanding Academic category.

The chairman of the international jury, Kip Thorne, praised the world-class level of Slovak scientists saying “The selection of laureates was extremely challenging this year. This confirms that science in Slovakia has an international quality. However, large scientific projects require not only excellent science, but also the support of public and private institutions, and therefore I wish the finalists to find such support for their research. The ESET Science Award is an important example of such support.”

Laureates of all three categories were selected based on rigorous criteria, including current scientific research results and publications, measurable scientific data, their roles in communicating and popularizing science, collaboration with other scientific disciplines, feedback from close collaborators or students and much more.

“The laureates, as well as the finalists of the ESET Science Award, repeatedly prove the world-class level of science in Slovakia,” says Richard Marko, CEO of ESET. “Regardless of the area they are working in, their work is extremely important, both to Slovakia and to the world. Today, society faces major global challenges, including spreading misinformation and mistrust in science and its results. However, our confidence in scientists remains strong and we are happy to continue to support their work. We believe that scientists and scientific knowledge are moving our country forward.”

This year’s gala evening was attended by the President of the Slovak Republic, Zuzana Čaputová, under whose auspices the Award takes place, as well the Prime Minister of the Slovak Republic, Eduard Heger. In addition to Professor Kip Thorne, members of the international jury  were also in attendance, including biologist Fiona Watt, chemist and philanthropist Hana Dvořáková, professor of inorganic chemistry Ralf Riedel and professor of mathematics Tibor Krisztin.