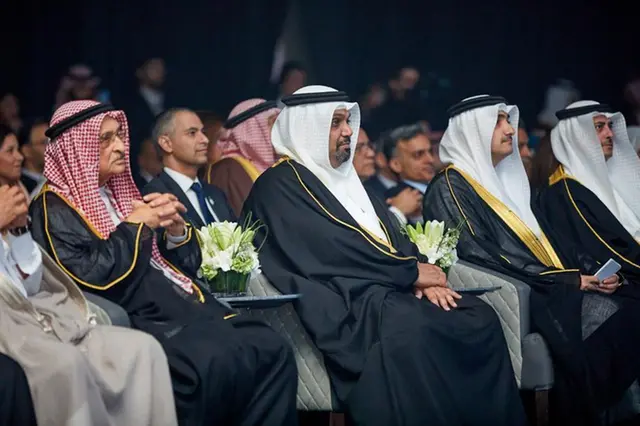 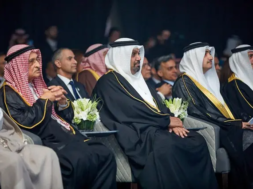 Beyon aims to become a name synonymous with innovation and digital efficiency, not only in Bahrain but across the region

Beyon, the largest communications and information technology company in Bahrain, has been officially launched. The company is now the parent company for Batelco, the Beyon Digital Companies, and Batelco’s International Investments.

His Excellency Shaikh Salman bin Khalifa Al Khalifa, the Minister of Finance and National Economy and Chairman of the Board of Directors of Bahrain Mumtalakat Holding Company emphasized the importance of the communications and information technology sector in supporting the national economy. In particular, he highlighted efforts from the Kingdom’s various development initiatives, led by His Majesty King Hamad bin Isa Al Khalifa, with the follow-up of His Royal Highness Prince Salman bin Hamad Al Khalifa, the Crown Prince and Prime Minister.

The Minister of Finance and National Economy emphasized the importance of continuing to strengthen the digital infrastructure that supports the communications and information technology sector, as well as enhancing its ability to stimulate competitiveness. HE Shaikh Salman bin Khalifa also emphasized the Kingdom’s innovative digital technology sector, which supports the wider economy.

He made the statement during a ceremony to announce the launch of Beyon, on 13 December, in Bahrain, in the presence of The Chairman of the Supreme Council of Health, HE Lieutenant-General Dr. Shaikh Mohammed bin Abdullah Al Khalifa, senior officials and businessmen. Beyon, the largest communications and information technology company in the Kingdom of Bahrain, is the parent company for Batelco, the Beyon Digital Companies, and Batelco’s International Investments.

During the ceremony, Beyon was officially launched by unveiling the new logo, which lit up directly on the event hall’s large screens. Coinciding with the official launch, the Beyon logo was displayed in several locations in the Kingdom including the Four Seasons Hotel Bahrain Bay, Bahrain International Circuit, and the company’s headquarters building in Hamala.

He added: “We are proud to see the realization of a long-held vision with the launch of Beyon. Over recent years, we have been implementing an ambitious strategy, which includes diversifying business operations to go beyond the company’s core business while maintaining Batelco’s position as a leading telecoms company. This strategy has resulted in the launch of four new digital firms during the past year; Beyon Money, Beyon Solutions, Beyon Cyber and Beyon Connect.”

“As our business has grown in scale and evolved in scope, we adopted a new structure to provide the right framework to enable future growth and accommodate the company’s aspirations not only in Bahrain but beyond. Today, we are delighted to unveil Beyon, and our vision is to accelerate the digital future for better lives and to strengthen businesses.”

“The strong digital ecosystem established in the Kingdom, in line with Bahrain’s Economic Vision 2030, provides the right platform for our transformation, and we see the possibilities for further growth as we develop the Beyon brands and explore new opportunities regionally and internationally,” Shaikh Abdulla added.
The four Beyon digital companies are already changing the digital landscape in Bahrain. They are all responding to the needs of the public and private sectors in the Kingdom, while also taking innovative products and services to the region. It’s important to note that Batelco’s position as the leading telecom operator in Bahrain will be maintained, and the company will continue to serve its customers going forward, under the Batelco brand.

Beyon aims to become a name synonymous with innovation and digital efficiency, not only in Bahrain but across the region and beyond.