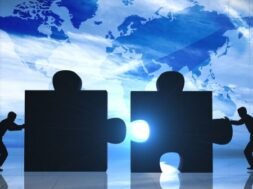 High-performance application development company OutSystems has announced that it has acquired Ionic, one of the most widely used platforms for building mobile and desktop applications using web technology. Together, OutSystems and Ionic will help IT leaders transform the way they build, deliver, and continuously update business-critical applications with a focus on quality, performance, security, and scale.

OutSystems and Ionic cover a range of development approaches – from open source to high-performance low-code – with a focus on enterprise-grade applications with built-in security and scalability. As a result, customers can choose the tools that best fit their application requirements, and their development teams’ expertise and coding preferences. Ionic and its open source products will continue to operate independently, supporting and growing its worldwide developer community, and will complement the OutSystems Platform, including the OutSystems Cloud and cloud-native development environments.

“We founded OutSystems to help customers innovate faster and fundamentally change how enterprise software is developed. Ionic is a continuation and expansion of this vision,” said Paulo Rosado, OutSystems Founder and CEO. “The Ionic team, technology, and community are integral to our strategy as we redefine the future of software development. Like us, the Ionic team is laser-focused on building the best experience for developers. Together, we’ll do even more to help enterprise software teams massively improve their performance and deliver strategic applications that were once only achievable for elite development teams with unlimited budgets and resources.”

“I’m extremely proud of what Ionic and our community have accomplished and know that together Ionic and OutSystems will be an unstoppable force in enterprise application development,” said Max Lynch, Co-founder and CEO of Ionic. “OutSystems shares our community-centric approach and focus on making software development easier and more accessible, whether you’re a solo developer or a larger business. With OutSystems, we’ll be able to take our vision even further, provide additional value to our customers and community members, and significantly increase our investments in open source product development and R&D.”

Ionic is the maker of many popular open source projects, including Ionic Framework, a mobile UI toolkit; Capacitor, a tool for natively deploying web applications; and Stencil, a toolchain for building web component-based design systems. Ionic’s developer-friendly products empower professional developers and teams to build, secure, and deliver enterprise-grade applications in less time. Ionic’s open source and commercial products are widely adopted and used by more than five million developers around the world, powering hundreds of thousands of applications in the app stores. Learn more about the Ionic platform here.