Getting to Grips with Multiple Clouds Infor rolls out user community for its EAM software 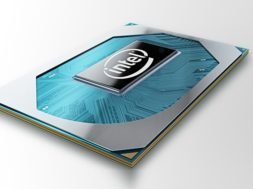 Schneider Electric has announced that its Secure Power Division received more than 20 awards across leadership, offers, and programs in 2019, leading the way in the data center and IT industries. In addition to the awards, a number of media, analysts and industry organizations recognized Secure Power with prestigious rankings. Most recently, independent technology channel research firm Canalys named Schneider Electric an EMEA Channel Leadership Champion.

Secure Power executives received significant recognition in the past year for their leadership and influence on the industry.
• Kevin Brown, Senior Vice President EcoStruxure Solutions and Chief Marketing Officer, was named IoT World CxO of the Year in the Solution Provider category. IoT World, honoured Brown for his ability to drive innovation and embrace disruption in the IT industry.

• Steven Carlini, Vice President of Innovation and Data Centers, was named to the Data Economy Future 100 List of the top personalities to watch in the next decade who are posed to heavily influence the global data center and cloud market.

• Ivonne Valdes, Vice President of Global Strategic Accounts, was awarded the Infrastructure Masons 2019 Diversity and Inclusion Champion Award. This award celebrates industry leaders who’ve made a significant impact for women and underrepresented groups, paving a way to attract and retain a diverse talent pool to the Digital Infrastructure industry. Valdes was also named to the HITEC Top 100 for the ninth year.

• CRN 2019 Women of the Channel Award – Seven Secure Power executives were recognized for their channel expertise and vision, inspiring the next generation to join the tech industry.

In 2019, the company was recognized for its data center and edge computing solutions including:

• EcoStruxure Pod Data Center won Data Center Design and Build Product of the Year at the Electrical Review Awards 2019. The award recognizes Schneider Electric for innovation within the data center infrastructure market and the solution as an industry first.

In 2019, Schneider Electric channel programs received recognition as best-in-class, including:

• In the Canalys Channel Leadership Matrix December 2019 APC by Schneider Electric was named as a channel ‘Champion.’ The honour acknowledges Secure Power’s investment in its EMEA Channel Partner Program process to drive simplicity and ease of doing business. It also recognizes the program for prioritizing investments in partner profitability and business models and demonstrates a commitment to maintaining or growing the share of revenue generated through partners.